The Effective Executive by Peter Drucker 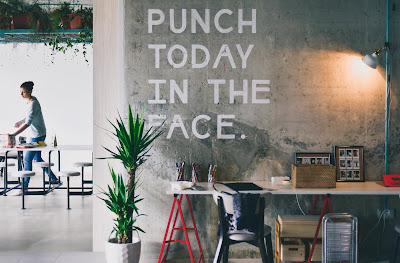 Chapter : Effectiveness Can Be Learned

Effective executives know where their time goes. They work systematically at managing the little of their time that can be brought under their control.
Effective executives focus on outward contribution. They gear their efforts to results rather than to work. They start out with the question, “What results are expected of me?” rather than with the work to be done, let alone with its techniques and tools.
Effective executives build on strengths—their own strengths, the strengths of their superiors, colleagues, and sub ordinates; and on the strengths in die situation, that is, on what they can do. They do not build on weakness. They do not start out with the things they cannot do.
Effective executives concentrate on the few major areas where superior performance will produce outstanding results. They force themselves to set priorities and stay with their priority decisions. They know that they have no choice but to do first things first—and second things not at all. The alternative is to get nothing done.
Effective executives, finally, make effective decisions. They know that this is, above all, a matter of system—of the right steps in the right sequence.

Effective executives, in my observation, do not start with their tasks. They start with their time. And they do not start out with planning. They start by finding out where their time actually goes. Then they attempt to manage their time and to cut back unproductive demands on their time.
The effective executive therefore knows that to manage his time,he first has to know where it actually goes.
Time is totally irreplaceable. Within limits we can substitute one resource for another, copper for aluminum, for instance. We can substitute capital for human labor. We can use more knowledge or more brawn. But there is no substitute for time.
The first step toward executive effectiveness is therefore to record actual time-use.

Chapter : What Can I Contribute?

The effective executive focuses on contribution. He looks up from his work and outward toward goals. He asks: “What can I contribute that will significantly affect the performance and the results of the institution I serve?” His stress is on responsibility.
The focus on contribution turns the executive’s attention away from his own specialty, his own narrow skills, his own department, and toward the performance of the whole. It turns his attention to the outside, the only place where there are results.
Executives who do not ask themselves, “What can I con tribute?” are not only likely to aim too low, they are likely to aim at the wrong things. Above all, they may define their contribution too narrowly.
The executive who sets his sights on contribution, raises the sights and standards of everyone with whom he works.
Commitment to contribution is commitment to responsible effectiveness.
To focus on contribution is to focus on effectiveness.

If there is any one “secret” of effectiveness, it is concentration. Effective executives do first things first and they do one thing at a time.
Effective executives know that they have to get many things done—and done effectively. Therefore, they concentrate— their own time and energy as well as that of their organization—on doing one thing at a time, and on doing first things first.
A decision therefore has to be made as to which tasks deserve priority and which are of less importance.
The effective executive does not, in other words, truly commit himself beyond the one task he concentrates on right now.
Pick the future as against the past.
Aim high, aim for something that will make a difference, rather than for something that is “safe” and easy to do.

Chapter : The Elements of Decision making

Effective executives do not make a great many decisions. They concentrate on the important ones.
Effective executives know when a decision has to be based on principle and when it should be made on the merits of the case and pragmatically. They know that the trickiest decision is that between the right and the wrong compromise and have learned to tell one from the other.
The effective executive knows that a decision that does not satisfy the boundary condition is ineffectual and inappropriate.

The Essentialism By Greg Mckeown

The Power of Habit By Charles Duhigg

Awaken The Giant Within by Anthony Robbins

The Magic of Thinking Big Summary

No Excuses! — The Power of Self Discipline by Brian Tracy