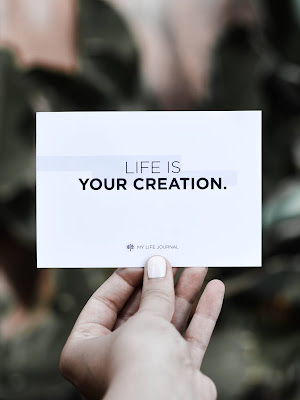 The Surprising power of Atomic habits

Atomic Habits are the compound interest of self-improvement. Getting 1 percent better every day counts for a lot in the long-run.
Habits are a double-edged sword. They can work for you or against you, which is why understanding the details is essential.
Small changes often appear to make no difference until you cross a critical threshold. The most powerful outcomes of any compounding process are delayed. You need to be patient.
An atomic habit is a little habit that is part of a larger system. Just as atoms are the building blocks of molecules, atomic habits are the building blocks of remarkable results. If you want better results, then forget about setting goals. Focus on your system instead.
You do not rise to the level of your goals. You fall to the level of your systems.

How Your Habits Shape Your Identity

There are three levels of change: outcome change, process change, and identity change.
The most effective way to change your habits is to focus not on what you want to achieve, but on who you wish to become.
Your identity emerges out of your habits. Every action is a vote for the type of person you wish to become.
Becoming the best version of yourself requires you to continuously edit your beliefs, and to upgrade and expand your identity.
The real reason habits matter is not because they can get you better results (although they can do that), but because they can change your beliefs about yourself.

The Secret to Self-Control

The inversion of the 1st Law of Behavior Change is make it invisible.
Once a habit is formed, it is unlikely to be forgotten. People with high self-control tend to spend less time in tempting situations. It’s easier to avoid temptation than resist it.
One of the most practical ways to eliminate a bad habit is to reduce exposure to the cue that causes it.
Self-control is a short-term strategy, not a long-term one.

The Role of Family and Friends in Shaping Your Habits

The culture we live in determines which behaviors are attractive to us.
We tend to adopt habits that are praised and approved of by our culture because we have a strong desire to fit in and belong to the tribe.
We tend to imitate the habits of three social groups: the close (family and friends), the many (the tribe), and the powerful (those with status and prestige).
One of the most effective things you can do to build better habits is to join a culture where (1) your desired behavior is the normal behavior and (2) you already have something in common with the group.

The 3rd Law of Behavior Change is make it easy.
The most effective form of learning is practice, not planning. Focus on taking action, not being in motion.
Habit formation is the process by which a behavior becomes progressively more automatic through repetition.
The amount of time you have been performing a habit is not as important as the number of times you have performed it.

The Law of Least Effort

Human behavior follows the Law of Least Effort. We will naturally gravitate toward the option that requires the least amount of work.
Create an environment where doing the right thing is as easy as possible.
Reduce the friction associated with good behaviors. When friction is low, habits are easy.
Increase the friction associated with bad behaviors. When friction is high, habits are difficult.
Prime your environment to make future actions easier.

The Goldilocks Rule: How to Stay Motivated in Life and Work

The Goldilocks Rule states that humans experience peak motivation when working on tasks that are right on the edge of their current abilities.
The greatest threat to success is not failure but boredom. As habits become routine, they become less interesting and less satisfying. We get bored.
Anyone can work hard when they feel motivated. It’s the ability to keep going when work isn’t exciting that makes the difference.
Professionals stick to the schedule; amateurs let life get in the way .

The Secret to Results That Last